Heading Towards Cloud-Native Developer Environments [Part 1 — The Why] In many cloud-based software development projects, a CI/CD process is designed and maintained for deploying applications in an efficient, safe, and productive manner to cloud environments.

The main focus around the CI/CD process is often on the cloud/remote side, but seldom we talk about the phase that comes right before CI/CD, which is the local development and testing done on the developer’s laptop.

In this article, I’ll show why many common methods for local development are far from ideal, and I’ll present a demo for an alternate, cloud-native approach which will improve your (or your developers’) productivity. 🌤

While there is not a one-size-fits-all best practice — and it varies by the organization/project requirements and needs — I would say the typical CI/CD flow looks something like this:

In most cases, this gets done on the developer’s machine. That is, planning, designing, writing code, writing tests, running tests, and perhaps a POC — and in some cases, manually making sure things are working as expected.

Many development projects are heavily invested in local setups that mimic the cloud environment in order to test whether the new feature/fix you introduce works properly — without causing regression for other features and logic.

This kind of setup is mainly used to run certain kinds of automated tests (such as system tests, integration tests, or end-to-end tests). Heck, if you want, you can even manual test 😏.

Additionally, local environments are often used to debug your code. Some developers are firm adopters of what I call “debug-driven development”, but it can be more than just that. Debugging can be useful when you want to investigate a tough bug or better understand a complex flow.

Assume you’re working on a project which involves a bunch of microservices that are deployed to Kubernetes. Here are a couple of common industry methods that I’ve witnessed:

These are all possible options for how to run and test your application locally.

However, the methods mentioned above come with a few disadvantages as well, including:

Lack of local support from 3rd-parties

There are some 3rd-party cloud dependencies that do not offer a way to run locally. In some cases, you can emulate by “mocking/stubbing” the 3rd-party APIs, but that requires a lot of work maintaining it and does not truly represent the reality. It’s a kind of cheat. What if, for example, one of your DB queries is faulty. How can you figure that out through your testing/debugging if you are not “talking” to a real DB instance?

If you want to test or debug a tough/rare bug, which may happen once every few days, your local machine might go shutdown/sleep/hibernate, forcing you to start all over again.

No single source of truth

In the Docker-compose Method, you find yourself violating the “single source of truth” principle by maintaining multiple representations of your environments.

In the Test Suites Method, while running integration tests is a good practice with a lot of benefits (even when running locally), it still isn’t the same as integrating your change on a real cloud environment. In some cases, there are integration/deployment bugs and failures it might not detect (such as network connectivity issues to other services, configuration issues, boot crashes, etc.)

The disadvantages described above hurt your development experience by making you less productive. And in many cases, they do not reflect reality (A classic case of “It works on my machine!”) and by that, they bring little value.

Is there a better, more modern way of approaching the local development phase, while improving productivity and usability? Yes, yes there is.

By transforming your local environment into a remote environment, the issues above don’t exist. Plus, it’ll upgrade your development experience into a modern, reliable, cloud-native experience.

How do cloud-native developer environments work?

By using a cloud-native personal environment approach, each developer on a team has the autonomy to use their environment as they see fit. Whether it's for testing new features and bug fixes, reproducing bugs, or even tinkering for self-learning. All done in an environment very similar to production. ✌️

You could then adapt your tooling around this to make these environments more valuable by, for example, running manual/automated tests, “mirroring” traffic from production towards the personal environments, etc.

Another valuable thing that comes to mind is conducting live, remote debugging in these environments, in complete isolation without interfering with other environments. You can make use of existing off-the-shelf tooling built for this purpose (we’ll see an example of such a tool in the next chapter).

There are many reasons why you should switch to cloud-native dev environments, but I’ll share my top eight.

Finally — in addition to developers — DevOps/SRE engineers can benefit from a personal environment by running infra configuration changes on their environment, before hitting environments shared by others.

Will my cloud bill explode?

The initial thought is to provision an entirely separate independent replica of your cloud instances for each developer, isolated by projects, where each project contains a replica of your infrastructure.

This is generally a good practice. Especially security-wise, as it provides good isolation. However, the cost of this approach can become a problem, especially as your company/team scales.

Since we are talking about development environments, which are isolated from the production environment in many cases, you can make the tradeoff of costs over security.

Side-note: This tradeoff between security and costs varies between different organizations and requirements — make sure you understand the implications. This GKE Security guide can help you.

So, how do we make that tradeoff? You can make use of multi-tenant features of your cloud services in order to save costs by sharing resources between environments.

This is often called “Soft Multi-Tenancy”, whereby “Soft” you limit the risk by allowing multiple users from the same “trusted” organization to share the resources.

For example, all developers in a team working on an application can share a K8s cluster, where each developer has the entire application stack replicated in its own K8s namespace.

Another example is that all developers can share a single DB instance, where each developer will have a dedicated DB user, schema, and tables.

This is the approach we are going to demo, in the next chapter.

Is this a pain to set up and maintain? 🤕🥸

Not really! You can (and should) make it automated and easily reproducible with Infrastructure as Code and GitOps principles.

Once all of this configuration is described as code, creating/destroying a personal environment is a matter of a few clicks. Less room for human error as well, as the process is automated.

Why isn’t it in the development environment scope? 🤔

The classic development environment isn’t isolated. It’s shared between all the developers. You merge your code, and your friend merges their code at the same time, so it’s essentially a melting pot. It’s not feasible debugging and running experiments in a shared environment once your team grows.

In addition, The development environment stage is a bit too late. You have already created a PR, you passed the code review, you merged the PR. Now you discover your changes immediately crash the service. This is now considered a blocker and requires a revert/rollback/hotfix. It is time-consuming for you and your fellow developers.

The simple answer is that it’s up to you.

My colleague Mike Sparr wrote a great article on ephemeral environments and you should check that out as well.

You could definitely do both — though that might be an overkill for your needs.

In Part 2, I will illustrate such a setup using an example architecture, using Terraform, ArgoCD, and Telepresence. Go to Part 2! 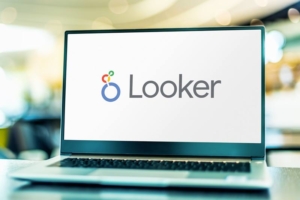