It’s time to move from Kafka to KubeMQ

We cannot simply sign off on a battle-tested, proven messaging system like Kafka, but the evolution towards a more scalable, reliable, functional and easier-to-maintain messaging system must begin, as many organizations are adopting the microservice-based, containerized architecture model.

Gartner predicts that, by the end of 2022, 75% of global organizations will be utilizing Kubernetes and its containerized approach to managing and scaling production applications, a huge jump from a mere 30% in 2019. As we will demonstrate, Kafka is not optimally designed for containerization, so a container-first solution has emerged to replace it in a Kubernetes-run world.

Kafka was invented to solve LinkedIn’s need for a low latency data collection system for the real-time data generated by 675 million-plus customers daily. When Kafka was under development in 2010, LinkedIn’s data infrastructure was monolithic, on-prem and Java-based. Kafka retained those characteristics, so no matter what platform your application is built on, you will need Java Virtual Machine (JVM) running in your Infrastructure if you plan to use Kafka. A very high-level overview of LinkedIn’s architecture, focusing on the core data systems.

If you decide to migrate to Kubernetes and choose Kafka as your messaging system, here are the requirements:

KubeMQ was built with Kubernetes in mind. It is delivered by default in a preconfigured cluster. Its greatest strengths are statelessness and ease of deployment and configuration by any DevOps team member with experience in Kubernetes.

KubeMQ container is super lightweight at only 30 MB, making it a very good candidate to integrate in microservices. Built with Kubernetes in mind, KubeMQ is very flexible when it comes to all types of environments: multi-cloud, hybrid or single cloud. A few of its key advantages are listed below.

These are the steps to deploy KubeMQ in a Kubernetes cluster:

That’s it, you’re done. For extensive documentation on KubeMQ you can refer to the docs page. The KubeMQ git repo can be found here. There are no special networking requirements, no memory overhead due to large containers running JVM, and anyone with a basic Devops background can deploy it. Usage of small, lightweight docker containers with software written in  Go together make it blazing fast.

Wow, KubeMQ is awesome. But I am already running Kafka Cluster. What do I do?

KubeMQ has developed universal connectors that make it easy to migrate the legacy systems to KubeMQ: 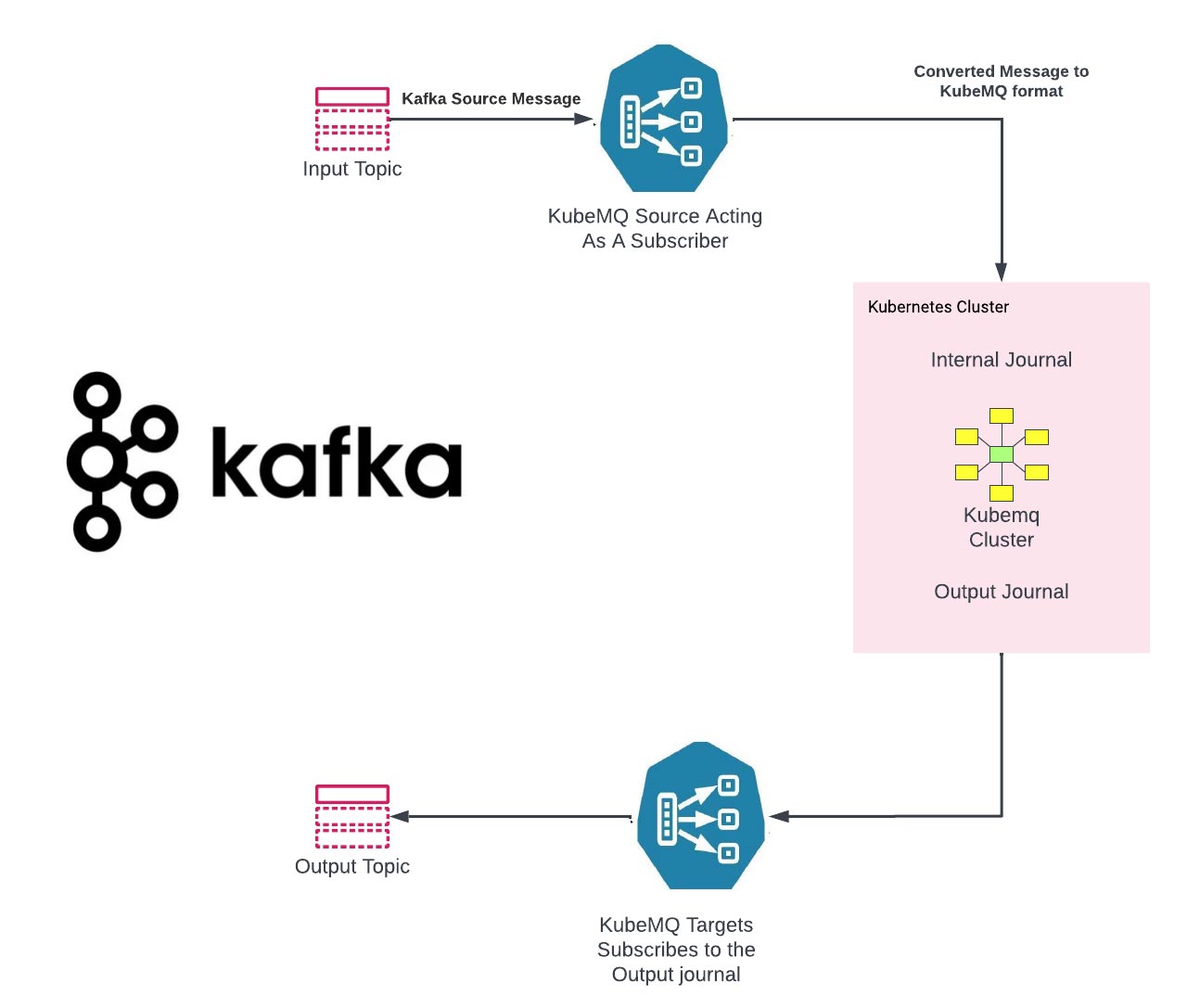 When you are choosing between stateless vs stateful messaging systems to integrate into your stack, it is always best to opt for stateless systems that offer fewer dependencies, faster processing times and less complex recovery from messaging system crashes. When tested for performance against Kafka, KubeMQ has returned 20% faster message processing speed. The greatest advantage of KubeMQ is that it supports Pub/Sub with or without persistence, Request/Reply (sync, async), at least once delivery, streaming patterns and RPC. You are not tied to only async Patterns as you are with Kafka.

If you need assistance with this or any aspect of your cloud infrastructure, talk to DoiT International. Recently named 2021 Google Cloud Sales Partner of the Year, we offer expert consultancy paired with unlimited, world-class support to customers of all sizes across Google Workspace and Google Cloud Platform.